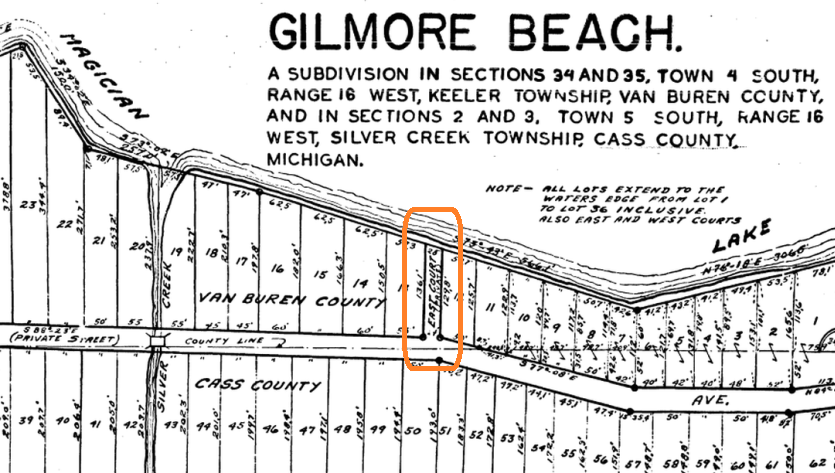 A front-lotter brought suit to stop the back-lotters from using East Court. However, the vague private dedications provided that “The park, street, and courts, as shown on said plat are hereby dedicated to the use of persons owning land adjacent to said park, street, or courts.”

The plat also notes Lots 1 to 36 and East and West Courts all extend to the water’s edge.

The Court of Appeals panel found East Court to be “short street” by using a dictionary definition and surmised the plattor’s intent was to treat East Court like a public road (despite being a private dedication). The panel further held the scope of the easement intended nothing more than mere lake access because public ways that terminate at the waters’ edge are generally deemed to imply passage and to provide public access to the water.

A prescriptive easement cannot be had via a private dedication simply because a lot owner “overuses” the easement.