The Sixth Circuit issued a key appellate decision in the case involving three police reserve officers of the Village of Oxford Police Department and their right to demand their government hold a public hearing to clear their good names.

The Village and its attorney have attacked these volunteers both during public meetings and in the press, and then denied their right to name-clearing hearings as required under the Fourteenth Amendment of United States Constitution. Village attorney Robert Davis even went as far as to proclaim the lawsuit brought by Outside Legal Counsel as being "shameful" and an "example of manufactured litigation designed for publicity and not to promote justice."

The Sixth Circuit legally found the complete opposite.

The three reservists, Dr. Bruce Meyers, Kallie Roesner-Meyers and Eugenia Calocassides (a physician, an accomplished equestrian, and an ATF analyst), served their village on a voluntary basis as reserve law enforcement officers and as part of the new horse mounted police unit. All three were issued both badges and uniforms.

As horse unit officers, they were invited (as part of their work on behalf of Oxford) to be part of the inauguration parade and ceremonies for then-President-elect Donald Trump.

But then for some reason village officials then became unglued.

As recounted by the Sixth Circuit decision, Village officials proceeded at the next meeting to question the reservists “reputation, good name, honor, and integrity even to the point of accusing them of violating the penal law by impersonating police officers.” The Council then voted for full removal as reserve officers and to issue communications disavowing any Council authorization of the horse-mounted unit.

The reservists sued and asserted that their reputations were damaged when they were removed from their positions as officers, and they sought, but did not receive, a hearing to clear their names. A federal judge in Detroit dismissed the suit concluding because the Meyers and Calocassides were not paid employees, they were not entitled to a name-clearing hearing.

A name clearing hearing is a constitutional right to have a public hearing to allow for review and challenges to false accusations made publicly by government officials. These types of hearings often reveal that statements made by officials in public meetings to be misleading, false, or politically-motivated.

The Sixth Circuit found the Village’s decision of denying name clearing hearings to volunteer police reservists to be inconsistent with past legal precedent. The dismissal of the case has been reversed and is now restarted back in federal court in Detroit.

The lawsuit against the Village of Oxford and its officials is unique because it questioned and confirmed for the first time, directly, whether volunteer employees who serve the public and their governments are protected from being improperly attacked by politicians who sometimes have alternative political agendas. The Village of Oxford, by its in-house attorney, previously claimed the lawsuit "was flawed in its drafting and in its inception."

However, the attorney for the reservists, Philip L. Ellison of Outside Legal Counsel, disagreed and took an appeal to the four-state federal appeals court in Cincinnati. Sixth Circuit federal appeals judges Bernice B. Donald and Deborah L. Cook joined with US District Court judge David J. Hale of Kentucky (sitting by special designation) in agreeing with Ellison’s arguments.

"Courts have recognized that we live, fortunately, in a country where service to our community is not measured simply in terms of one paycheck from the local treasury," explains Ellison. "Volunteering on boards, police forces, and committees to assist in the operation of local governments does not require you to shed your constitutional rights at the government office door."

A copy of the Sixth Circuit decision can be accessed here.
### 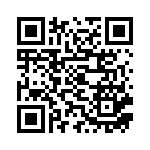