On July 15, 2021, members of the Shiawassee County Board of Commissioners agreed that employees of the county should receive "hazard pay" due to the efforts of employees in response to the COVID-19 crisis. However, what a small group of top-level county officials did not explain was they and other key administrators secretly decided certain officials would receive substantially larger payments -- many being twenty five times more -- than front-line workers who did the needed tasks of cleaning buildings and provided front-services to residents during the pandemic. The process is alleged to have violated the open government and transparency laws required of public bodies in Michigan.

Earlier this week, Outside Legal Counsel filed a lawsuit on behalf of Nicole Ruggiero against the Board and several of its members alleging various violations of Michigan's Open Meetings Act when going into closed session to deliberate about the same. Philip L. Ellison is the attorney leading the case.

In addition, OLC also filed a specialized request for the Shiawassee County Circuit Court to issue an immediate "invalidation" order to invalidate the decision for any employee or official who received $5,000 or more in American Rescue Plan Act funds provided to Shiawassee County to keep such funds.

At approximately 2:00p.m., Judge Mark Latchana, the assigned judge from neighboring Genesee County, issued the requested order and commanded the Board of Commissioners to appear in court on Monday, July 26, 2021 at 11:30am to "show cause why the Court should not enter an order, pursuant to MCL 15.270, invalidating certain 'COVID Hazard Pay' distributions made on or about July 15, 2021."

Ruggiero's lawsuit alleges that a small sub-group of the Shiawassee County Board of Commissioners met in secret to redetermine amounts of the bonuses to be paid to elected and appointed officials and county employees from funds provided under the American Rescue Plan Act. She further alleges those amounts were not disclosed before the county commissioners voted to approve them. One commissioner has confirmed that these varying differences were not what was discussed in closed session. However, such discussions cannot occur in non-public meetings of a public body under Michigan's open meetings law.

While initially calling the legal challenge "delusional," the elected county officials have since decided -- in advance of Monday's hearing -- to return the funds now concluding the payments of said funds to themselves were "unconstitutional." No explanation was offered on the unelected county officials and mid-level employees who received payments ranging from $5,000 to $12,500.

The story has reached across the country. Local congressman Dan Kildee came out against the self enrichment. "I do not believe that the Shiawassee County Board of Commissioners' use of American Rescue Plan funds are an appropriate use of taxpayer dollars," said the Congressman.

Shiawassee County has had other OMA lawsuits in the past.
### 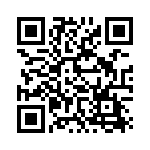