The Michigan Court of Appeals today issued a decision establishing new precedent confirming that when officials violate Michigan's Open Meetings Act, it is no longer a defense to say we "substantially" complied.

In this case, OLC brought the action solely against the public officials instead of the public body. The circumstances stem from what was originally a January 2020 "budget workshop" but was changed at the last minute to a special meeting. During this new special meeting, three major issues were added to the agenda with little or no notice to the public. The Township Supervisor emailed the rest of the Township Board telling them that they had failed to post the notice of the meeting on the Township website for the required 18 hours and should reschedule the meeting.

In response, the township clerk self-concluded "it doesn't matter if it was not posted on the website." Michigan law says otherwise:

for... a special meeting of a public body, a public notice stating the date, time, and place of the meeting shall be posted at least 18 hours before the meeting in a prominent and conspicuous place at both the public body's principal office and, if the public body directly or indirectly maintains an official internet presence that includes monthly or more frequent updates of public meeting agendas or minutes, on a portion of the website that is fully accessible to the public...

When the township board came together, the township supervisor again reiterated his objection to the illegal actions to the board members. When that fell on deaf ears, he informed the other board members that he would not participate in the meeting, and the moved to a seat in the audience along with other members of the public. The remaining board members proceeded with the meeting during which they deliberated and took votes on several matters.

At oral argument, the issue was technical, but an important one. Is a public body's "substantial" yet incomplete compliance with the OMA's public-notice requirements mean that public officials can avoid responsibility for the violation?

The July 8, 2021 decision, authored by Michigan Court of Appeals judge Brock Swartzle, explained that Michigan's law governing public meetings provides for several types of relief for non-compliance, including invalidation of policies approved during that meeting, injunctive relief against future violations, and civil and criminal penalties against public officials. And under the strategy chosen by OLC, the Court explained that public officials cannot avoid legal liability for OMA violations by suggesting they "substantially" but incompletely compiled with the Open Meetings Act. Instead, "it does not matter whether compliance was substantial or not, whether the violation was a material or technical one--rather, the focus is on the public official's state of mind."

OLC attorney Philip Ellison served as counsel for the appeal.

The case has been remanded back to the Macomb County Circuit Court for further proceedings.

A copy of the decision can be found here.
### 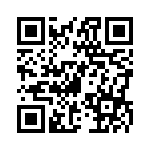