Over the past six weeks, things have been busy at the Michigan property rights law firm of Outside Legal Counsel. OLC has secured three extremely valuable water rights or "riparian" easements for our clients throughout Michigan.

First, the Michigan Supreme Court issued a decision in Maniaci v Diroff. As part of a morning of trial settlement, the neighborhood containing Vonda Lane secured a boat launching easement into the waters of Secord Lake (aka Tittabawassee River). However, our opposing parties and their counsel wrongly convinced the local judge that this meant that a steep drop off could not be altered allow for boating launching. After two trips to the Michigan Court of Appeals, the Michigan Supreme Court ruled on November 21, 2019 that OLC’s position was the correct one holding that Michigan’s highest court had "little trouble" our client could launch his recreational watercraft and further had "little difficulty" he also had the right to regrade the shoreline as “necessary to the reasonable and proper enjoyment of the easement."

Second, our clients on Higgins Lake also had a lot to be thankful for this Thanksgiving holiday. After a three-day contentious trial and difficult legal opposition, two sets of backlot owners on the south side of Higgins Lake were granted a continued right for legal access to Higgins Lake, the ability to erect and use a seasonable dock, and the ability to moor recreational boats offshore. OLC argued that our clients had a prescriptive easement right that had ripened despite the claim that the use was done with permission. Through creative arguments about the law of licenses versus the law of easements, OLC was able to secure a permanent right of riparian access now and forever. The win follows a pre-trial order which allowed the backlot owners to have continued access during the pre-trial level litigation.

Third and lastly, our clients from Gladwin County also secured the victory they were seeking over a neighbor who built a party-platform on property formerly platted as a public roadway that runs to the waters of the Tobacco River. Our clients were quite shocked when they discovered that a platted road between their lots had been foreclosed by the county treasurer and sold to non-plat individuals. On that roadway, the interlopers install electricity, installed a seawall and dock, and erected a party platform nearly as wide as the roadway. OLC advanced several legal prongs of attack, including using the Gladwin County Treasurer. The local circuit court ultimately ruled in favor of OLC’s clients and rejected the counter-defense that the easement rights on Paige Street had been abandoned. The trial court awarded a nominal and basic $1.00 damages award but also ordered the complete removal of all the improvements built on the roadway.

"Courts around Michigan are recognizing the strong legal advocacy of Outside Legal Counsel and our specialization in property rights," states Philip L. Ellison, owner and attorney at OLC. "We are so proud to secure these critical victories and meeting the legal goals of our clients."

Outside Legal Counsel, PLC is a property rights law firm located in western Saginaw County with a state-wide practice representing private land owners regarding disputes with local governments, enforcement officials, neighbors, home and property owners associations, and others. More about our services can be viewed at our website, www.olcplc.com.
### 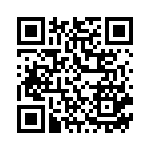