On behalf of three Village of Oxford police reservists, the law firm of Outside Legal Counsel PLC has filed a federal lawsuit against the Village of Oxford, its president, manager, and others alleging their actions at a January 2017 meeting violated federal 'reputation' law.

Later, however, when the three equestrians were invited to participate the inauguration parade of President Trump, members of the Oxford Village Council undertook a public dialogue that can only be described as attacking the integrity of the three horse handlers and their long-time police chief. At one point, one of the council members left the chamber midway through the meeting. Later, the Village Council permitted the police chief to attend the inauguration activities but denied sending the Meyers and Calocassides claiming the three had been false acting as police reservists when not authorized. That assertion is contrary to the well-documented background and existence of the horse unit.

The Village Council, in a split vote, also directed for their removal from their public offices. However, the Village's own ordinances prohibits the Council or any of its members from issuing orders to or seeking removal of any village officials, either publicly or private.

The relevant part of the meeting can be seen here:


Under federal law, before a local government can cause interference and impingement upon the reputation, good name, honor, and integrity of others, it must provide what is known as a name clearing hearing. Due process requires that those affected have the opportunity to clear his or her name to protect his/her liberty interests regarding reputation, good name, honor, and integrity in the face of an attack on the same. Subsequent written requests for the hearings went unfulfilled and ignored by the Village.

The lawsuit, filed in federal district court, seeks declaratory and injunctive relief against certain government officials and an award of damages under the federal civil rights law.

"Treating policing officials, whether reservists or fully sworn officers, in such a rude, disrespectful manner to the level that causes harm to their good name is just wrong," states Philip L. Ellison, the attorney spearheading the case for the three reservists. "When due process was denied, it became illegal as well."

The case has been assigned to Chief US District Judge Denise Page Hood sitting in Detroit.
### 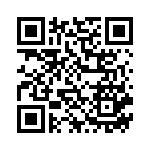