Today, the on-going lawsuit between Cottrellville Township and its Board of Trustees and local citizen Caroline Zoran was settled after an hour-long discussion between the parties, their attorneys, and the St. Clair County Circuit Court.

While not formally admitting to violating the Open Meetings Act, the Township acknowledged, on the public record, "that the minutes of the March 6th, 2013 Workshop [meeting] were not made available to the public for inspection within eight days after the meeting."

Michigan law requires that all public bodies' minutes of meetings be made available for public inspection within 8 business days.

The reason for the Township's failing to have the minutes available is because Cottrellville Township ignored its legal obligation to create the minutes as required by the Open Meetings Act. The Township attempted to correct the violations by slipping the approval of the missing minutes into a township meeting held approximately one year later, a short time after the lawsuit was filed.

In addition, Cottrellville Township also submitted into an agreement to not meet in the non-public backrooms of the township hall for the next year. In exchange, Zoran agreed to dismiss the remaining counts of the lawsuit. The Township also agreed to pay a fee of $250.00.

The Open Meetings Act is a nearly 40 year old law which requires all public bodies to conduct their business in the open, fairly, and with substantial public participation. Many jurisdictions, like Cottrellville Township, simply do not know or ignore their legal obligations.

Attorneys will be preparing the final paper to allow the Court to formally close the case in the coming week. 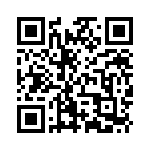