On February 20, 2014, Saginaw County Circuit Court Judge Robert L. Kaczmarek issued his 22 page decision outlining his long-awaited decision regarding a Freedom of Information Act challenge by Village resident Shannon Bitterman for denying her requests for the names of police reservists and anonymous donors.

The lawsuit was the result of two FOIA requests made by Bitterman in early 2013 for the names and addresses of those serving as police reservists in the Village of Oakley. According to previous news reports, the small village of fewer than 300 people in the southwest portion of the Saginaw County has 10 certified officers and about 100 reserve officers, having a police official for about every three residents.

Bitterman also requested the names and address of every donor to the Village of Oakley's secret police fund, a fund collecting money donations from unknown contributors which has paid for Village “budget adjustments” and to pay for other governmental operations. According to court documents, the donors “specifically requested that the amounts of their donation and their identifies be kept private.”

The Court split on the issues.

The Court also ruled that the names and addresses of the police fund donors could be kept from public disclosure. Despite the donation being made to a public entity, the Court opined "the anonymous donor information is exempt from FOIA disclosure."

A third issue, the existence of an audio tape of a 2011 meeting, was also resolve as the Village admitted to not having a copy despite initially claiming it did.

The Saginaw court also, as required by Michigan law, granted Bitterman her reasonable attorney fees and costs in the prosecution.

“Secrecy allows for corruption to flourish,” states Philip L. Ellison, Bitterman’s attorney. “This Court’s decision pulls part of the veil off the inner-workings of a local government.”

Additional hearings will be held to determine the amount of attorney fees. Bitterman and the Village have the opportunity to appeal to the Michigan Court of Appeals.

Several other lawsuits involving the Village still remain pending including ones for civil rights violations and violations of the Open Meetings Act.
### 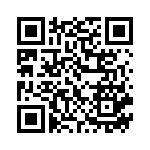