Saginaw, Michigan - Outside Legal Counsel, a Saginaw-based law firm, has filed a federal lawsuit on behalf of a client against Saginaw County Sheriff William Federspiel and one of his subordinates asking for the recently enacted Electronics Ban Order to be halted. The lawsuit, brought on behalf of a Michigan resident, has asked the United States District Court in Bay City to immediately and permanently order the electronics ban a legal nullity.

The ban, which went into effect on December 16th, prohibits all electronic devices, including laptops, iPads, and cellphones, from the county's courtrooms and other "common areas" outside the courtroom. The lawsuit alleges the order, as written, violates the Constitution's First, Fifth, and Fourteenth Amendment requirements.

According to the brief, the problem lies in the prevention of visitors to video-record and photograph public officials performing their public duties in a public place, a right recognized by various federal courts around the county. The lawsuit alleges that the purpose behind the ban is not 'narrowly tailored' enough to survive constitutional review. Moreover, the suit alleges that the ban affects the press and public different in violation of equal protection guarantees.

"Once the government starts shutting off access to public hearings, it is all too easy to chill public debate on controversial cases and issues, states Philip L. Ellison, the OLC attorney bringing the case. "Transparency has long been deemed the best disinfectant to potential abuses by governmental officials."

The US Supreme Court has long held that openness of judicial proceedings ensures proper functioning of a trial, assures the proceedings were conducted fairly to all concerned, and discourages perjury, the misconduct of participants, and decisions based on secret bias or partiality.

The case has been assigned to US District Court Judge Thomas L. Ludington in Bay City.
### 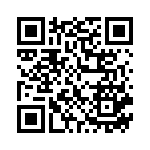