On behalf of two local residents and a township trustee, Outside Legal Counsel PLC, a Saginaw-based law firm, has filed a lawsuit against the Township of Cottrellville and its supervisor, Kelly Fiscelli-Lisco, for violations of the Open Meetings Act.

Michigan’s Open Meetings Act mandates that individuals shall be permitted to address a meeting of a public body under rules established and recorded by the public body.

The lawsuit stems from the practice of prematurely ending public comment by Supervisor Fiscelli-Lisco as chair of the township meetings. Utilizing a three-minute rule established by the township, any person is permitted to address the Board for up to three total minutes. According to an attorney general opinion, such rules must be reasonable, flexible and designed to encourage public expression and not discourage or prohibit public comment.

Yet, as the lawsuit alleges, those who find themselves on the opposite of the supervisor’s political preferences see their public comments opportunity ended before the required three minutes is had.

OLC represents Austin Adams, Kyle Sunday, and township trustee Michael Zoran, three individuals whose presentations were cut short at the May 2013 Board of Trustees meeting at the township offices on Marsh Road.

“Public participation is the hallmark of our representative form of government,” states Philip L. Ellison, the attorney representing Adams, Sunday, and Zoran. “Government officials cannot censor or quash public debate based on the viewpoint offered by the speaker.”

The lawsuit, filed in the St. Clair County Circuit Court, seeks an injunction and court order declaring the township and Supervisor Fiscelli-Lisco to be in violation of state law. Plaintiffs also seek $500 in punitive damages, the maximum allowed by the law, and payment of attorney fees.

“Because the township failed to give speakers their time in public comment, they were forced to have their day in court,” states Ellison.

The case has been assigned to Judge Michael West in Port Huron.

A copy of the lawsuit can be download at the OLC digital library.
### 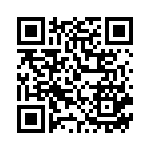