On behalf of an exploited homeowner, Outside Legal Counsel PLC has filed a lawsuit against the Better Business Bureau of West Michigan, Inc alleging its business rating system and business accreditation program are being operated in violation of the Michigan Consumer Protection Act.

BBB-WM lists itself as creating "an ethical marketplace where buyers and sellers can trust each other" and being on a mission of "denouncing substandard marketplace behavior." (See http://westernmichigan.bbb.org/mission-and-values/). Businesses can formally join the Bureau with the payment of a substantial annual fee and by explicitly agreeing to the Bureau's code of conduct.

The lawsuit, filed in the Kent County Circuit Court, alleges a Kalamazoo homeowner sought help from the Bureau after one of its accredited business members sold mis-measured custom-replacement windows. The homeowner's complaint later included a desire for arbitration. The lawsuit alleges that no resolution was provided by the Bureau and the request for arbitration was ignored.

Fed up, the homeowner instead filed a separate legal action and obtained a full refund of the three windows plus reimbursement of attorney fees from the Kalamazoo County District Court after the court found violations of state and federal commercial and consumer protection laws.

But a critical problem remained: the window-seller is still an accredited business and is still graded by the Bureau as an "A+" business.

"It is difficult to justify how a business rating group could continue to give its accreditation and an A+ rating to anyone who was required to give a refund by court order for violating consumer protection laws," states Philip L. Ellison, the attorney representing the homeowner. "It defies common sense and any sense of reliability."

The lawsuit is asking the Kent County Circuit Court to recognize and enjoin the Bureau’s business rating system and accreditation program, as being applied, as being in violation of Michigan Consumer Protection Act by misrepresenting the true character of businesses that pay an annual membership fee to the Bureau. It also seeks damages in the amount of $250.00 for the homeowner and as well as recovery of costs and attorney fees for the lawsuit.

By law, a copy of the complaint was also forwarded to the Michigan Attorney General.

The case has been assigned to Judge Paul Sullivan of the 17th Circuit Court in Grand Rapids.
### 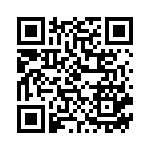