On behalf of a young couple in Kalamazoo, Michigan, the law firm of Outside Legal Counsel PLC has secured an improved civil judgment on appeal against Jack's Wholesale Windows and Design of Schoolcraft, Inc., a replacement-windows company located in Southwest Michigan. The soon-to-be finalized judgment includes nearly a full refund of the sales price, an award of trial attorney fees, and additional to-be-determined appellate attorney fees due to Jack's unsuccessful appeal.

After nearly two years of litigation, the Kalamazoo County Circuit Court ruled in favor of a Kalamazoo County homeowners by denying Jack's appeal of a legal technicality and also finding as a matter of law that the third window, like the other two, was incorrectly measured and installed by Jack's. The Circuit Court also directed the lower court to add additional attorney fees compensating the young couple for its legal costs pursuant to the Magnuson-Moss Warranty Act, a consumer rights federal statute.

The young couple was represented by Attorney Philip L. Ellison, previously of Portage.

The original complaint filed against Jack's included claims for breach of contract, breach of implied duty of good faith, breach of implied warranties of merchantability and fitness for a particular use, breach of an expressed warranty, innocent misrepresentation, and violations of the Magnuson-Moss Warranty Act.

Following a trial on the merits, the Kalamazoo County District Court previously ruled that two of the three custom windows were mis-sized. On appeal, the Circuit Court reversed the District Court as to the third window, finding it also was mis-sized and thereby violated Michigan's implied warranty of fitness for a particular purpose. The same finding also resulted in an additional violation of the Magnuson-Moss Warranty Act.

The case has also been noticed in legal circles as the Kalamazoo District Court was one of the very first courts in the nation to allow the service of a trial subpoena via the social networking site, Facebook. The legal developments regarding the trial subpoena were featured in Michigan Lawyers Weekly.
### 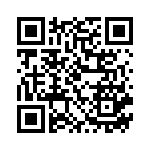