Mount Pleasant, MI - The Great Lakes Bay Region law firm of Outside Legal Counsel PLC has filed a lawsuit in the Isabella County Trial Court on behalf of a Central Michigan University health administration student against McLaren—Central Michigan, the Mount Pleasant-based hospital, regarding her time as an unpaid intern.

Attorney Philip L. Ellison of Hemlock is serving as counsel for the unpaid intern.

The lawsuit alleges that from January 2012 through May 2012, as part of a requirement to graduate, McLaren-Central Michigan required the intern to work forty (40) hours per week—totaling approximately 600 hours of service—all without any compensation or payment of any type.

Being required to work unpaid this many hours prevents college students from holding other part-time paying jobs to pay for rent, food, and basic necessities. Instead, interns simply go deeper in debt or burden their families to bankroll their living expenses while working for non-paying employers.

Under the Michigan Minimum Wage Act of 1964, employees must be paid at least $7.40 an hour in Michigan.

The lawsuit also notes that employers are using unpaid interns to fulfill job duties traditionally completed by entry-level employees with one major distinction – interns are not being paid for their efforts.

Many university programs, like CMU’s health administration program, require internships as a requirement to graduate, which employers exploit as a free labor pool.

“Modern internships are supposed to be the way for students to get their foot in the front door of an organization,” states Attorney Philip L. Ellison. “However the arrangement has changed from what my grandparents use to call our land of opportunity to today being the means of exploitation by employers.”

The case has been assigned to Judge Paul Chamberlain in Mount Pleasant.
### 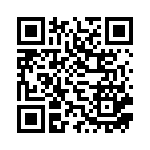