On behalf of a young couple in Kalamazoo, Michigan, the law firm of Outside Legal Counsel PLC has secured a civil judgment against local window company, Jack's Wholesale Windows and Design of Schoolcraft, Inc.

The judgment, entered on July 6th by the Kalamazoo County District Court, was the result of a two-day trial where the Court ultimately found that Jack's had improperly installed at least two windows which were deemed to be too small, despite the testimony of the company's owner and general manager. The Court was also troubled by the company's refusal to return the numerous telephone calls over several months from the young couple seeking fulfillment of the windows warranties. The Court also awarded attorney fees under the Magnuson-Moss Warranty Act, a consumer rights federal statute.

Jack’s is well known throughout southwest Michigan for its unique television advertisements.

The original complaint filed against Jack's included claims for breach of contract, breach of implied duty of good faith, breach of implied warranties of merchantability and fitness for a particular use, breach of an expressed warranty, innocent misrepresentation, and violations of the Magnuson-Moss Warranty Act.

"If businesses are going to advertise themselves as having the best warranties in the business, they had better stand behind their promises," states Philip L. Ellison, the attorney who represented the plaintiffs." Ignoring requests for warranty work is against both state and federal law."

The case has also been noticed in legal circles as the Kalamazoo court was one the first in the country to allow the service of a trial subpoena via the social networking site, Facebook. OLC sought to have the company's young salesman who sold the windows testify at trial by compelling his attendance with a subpoena but the salesman could not be found by local process servers when it came time to serve the subpoena. The order required that a scanned copy of the subpoena in Adobe PDF format” be sent “via the social networking site Facebook, with a screenshot of the sent message to be filed with the Court.”

The legal developments regarding the trial subpoena were featured in Michigan Lawyers Weekly.
### 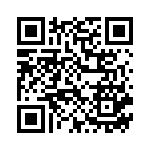