The use of video-recording is nothing new to the police scene. Police officers across Michigan and the country, including those in the Kalamazoo area, have cameras mounted to the dash of their police cruisers. The reason is clear: a photograph is worth a thousand words; a video is worth a million more.

But what about the public video-recording police while in the performance of their duties? The First Circuit Court of Appeals has recently ruled that members of the public have a 'clearly established' First Amendment right to film police officers conducting police business in a public place.

In the case of Glik v Cunniffee (case no. 10-1764), the complaint alleged that three Boston police officers were arresting a young man in a city park who were believed to be using excessive force to effectuate the arrest. A video-recording was started by a bystander using his cell phone from roughly ten feet away. The bystander was also arrested at the scene for unlawful audio recording under the state's wiretap statute.

"While video recording is legal, bystanders must also be careful not to get in the way of police officers doing their jobs," states Philip L. Ellison, a civil attorney and litigator from the firm of Outside Legal Counsel PLC. "Recording is legal; obstructing is not."

In its decision, the Court noted that "the proliferation of electronic devices with video-recording capability means that many of our images of current events come from bystanders with a ready cell phone or digital camera rather than a traditional film crew, and news stories are now just as likely to be broken by a blogger at her computer as a reporter at a major newspaper."

The decision of the First Circuit is in line with similar decisions of other federal and state courts around the country. Earlier this year, the Michigan Supreme Court ruled that police officers, while conducting police business, did not have a right to privacy while performing their duties. As such, a person may record such non-private interactions without violating Michigan's eavesdropping statute, MCL 750.539a et seq

Still, some police departments may be unaware of the such rights.

"The police are supposed to allow bystanders to exercise their right to record in a public setting, but bystanders must also remember that the police have an important and often times dangerous job to do as well," states Ellison. "Exercise your rights but stay out of the way." 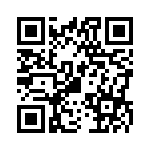