The Michigan Court of Appeals has rejected former Detroit Mayor Kwame Kilpatrick's legal challenge to a state law that allowed the state to seize his profits for the sale of his new book, Surrendered! The Rise and Fall and Revelation of Kwame Kilpatrick. The three-judge panel issued its three-sentence ruling concluding that the appeal lacked merit, with one judge dissenting.

Under Michigan law, a person convicted of a crime cannot individually or through his or her agents derive any profit from the sale of the memoirs, memorabilia, or collectibles of the convicted unless their victims receive their ordered restitution, the expense of incarceration along with all fines, costs, and other assessments are paid, and all civil judgments are fulfilled. Michigan's law, like that of other states, are known as "Son of Sam" laws.

The Circuit Court ordered that "any proceeds... received or to be received by Kwame Kilpatrick and/or any of his agents, assignees, representatives, family members, corporations, or other entities controlled by family members... shall be forfeited." The Order went on to create an escrow account under the Court's control to be "dispersed in order of priority" as required by Michigan law.

Kipatrick's attorney appealed arguing that the Son of Sam statute, codified within Michigan's Crime Victim's Rights Act, is unconstitutional under the First Amendment. The US Supreme Court, in the seminal Simon & Schuster, Inc. v. Members of New York State Crime Victims Board case, held that a similar New York law was a content-based regulation creating a financial disincentive to create or publish works with a particular message or content. As such, the State must show that such a law is necessary to serve a compelling state interest and is narrowly drawn to achieve that end. The US Supreme Court ultimately concluded that while compensating victims from the profitable fruits of crime is a compelling state interest, New York's version of the law was not narrowly tailored to advance that objective and thus inconsistent with the First Amendment.

Despite Simon & Schuster, the Michigan Court of Appeals declined to grant leave to hear the appeal. Judge Michael J. Talbot dissent from the denial stating a closer review of the Order of Parole was required.

It is unknown if an appeal to the Michigan Supreme Court will be sought.
### 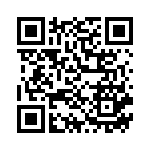