On behalf of his client, a named defendant, Ellison filed an Emergency Application for Leave to Appeal with the Court on December 2, 2010 at its Lansing chambers. Most attorneys practice many years before having the opportunity to petition Michigan’s highest court for review. While most cases take years to progress through the high court, the Michigan Supreme Court answered Ellison’s petition in a mere eight days.

While the Michigan Supreme Court did not grant the extraordinary request sought, Ellison successfully made his filing and received an answer in record time—all within a mere forty days from being admitted to the State Bar of Michigan.

About the Case
Under the recorded land plat and public records, all 240-250 owners of 480 lots within the Shady Shores Park subdivision have the right to “use” the platted Beachway, a 16 foot wide strip of land that runs from the public road to the waters’ edge of Rifle Lake. The Beachway is the only privately dedicated access point to one of Michigan’s beautiful in-land lake.

Ellison asked the Michigan Supreme Court to take the extraordinary act of stepping into the case before trial—an extremely rare request and an even more rarely granted request by Michigan’s highest judicial tribunal.

In essence, Ellison asked the Supreme Court to require the trial court to provide all 240 lot owners the opportunity to object to the proposed vacation until the Land Division Act. Failure to provide each co-owner this right was argued to be a violation of Michigan’s constitutional requirement of due process. Michigan’s Constitution provides, in part, that “No person shall be deprived of property without due process of law.”

On December 10, 2010, a mere 8 days from filing the appeal, the Michigan Supreme Court granted an order to immediately consider the application but then declined to grant leave. Justice Robert Young, in a concurring opinion, noted that the Court did not find that the lot owners’ rights would be “irreparably damaged…” and that the lot owners could appeal following any final judgment.

“While it was a long-shot for the Michigan Supreme Court to get involved so early in a case, it is also a fundamental precept of American law that when a court is going to adjudicate a persons’ property rights, they need to be noticed and given the opportunity to come before the court,” states Ellison. “How can a property owner defend his or her property rights if he or she was not told that court is sitting in judgment.”

Since the Supreme Court’s decision, the case has proceeded to trial and a ruling is expected in February 2011.
### 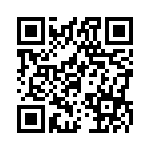