On behalf of two Michigan residents, the Hemlock, Michigan-based law firm Outside Legal Counsel has filed a lawsuit against the State of Michigan and Governor Gretchen Whitmer challenging the legal authority to issue Executive Order No. 2020-38 suspending Michigan's transparency and citizen-oversight law.

The Freedom of Information Act (sometimes known as FOIA) requires governments to release government-held information and documents when requested by citizens, businesses, media outlets, and watchdog groups. This law is specifically designed to guarantee that the public has full access to the records of government bodies at all levels in Michigan.

The law itself explains its purpose and goal.

It is the public policy of this state that all persons, except those persons incarcerated in state or local correctional facilities, are entitled to full and complete information regarding the affairs of government and the official acts of those who represent them as public officials and public employees, consistent with this act. The people shall be informed so that they may fully participate in the democratic process.

Over the past four weeks, Michigan Governor Gretchen Whitmer has progressively exercised more and more legal powers to suspend many facets of every day life in response to the COVID-19 pandemic. Notwithstanding, Michiganders have been very willing to do their part. The New York Times, for example, has highlighted how much Michiganders have heeded the Governor's call to stay home.

In response, however, more government officials are issuing even more "orders" which have not been voted on by the Legislature or vetted through the normal legal processes. Violations of these "orders" include the threat of jail and fines, and punishment against business licenses after the pandemic passes.

One bright example is the Michigan Department of Health and Human Services "Director's Order" which criminalized citizens' violations (even if unintentional) of "answers to questions" on a "Frequently Asked Questions" web page. Such odd government action has caused serious questions of the government's decision-making. Laws like the Freedom of Information Act are open and used to act as a check and balance on the government's exercise of such wide powers.

In the late hours of April 5, 2020, Governor Whitmer issued Executive Order No. 2020-38 changing the legal duty of all public bodies, from the local dogcatcher to the heads of our state's largest government agencies, to no longer need to provide information and documents on a timely and orderly basis, and instead suspended, to an unknown date, access rights at all levels of government and in all geographic areas.

In other words, if a government simply invokes "COVID," it no longer needs to provide needed information, documents, and records to a requester. This can include medical and pandemic information, the official documents supporting particular decisions, and even basic access to records of government operations unaffected by COVID-19. The Governor's decision affects criminal cases, administrative challenges, and the needed transactions with governments.

The lawsuit, filed in the specialized Michigan Court of Claims on April 7, 2020, challenges Executive Order No. 2020-38 and the authority to Governor Whitmer to cause the rewriting and suspension of this important government "sunshine" law.

"Undoubtedly COVID-19 is a serious public health concern but it does not give our government a blank check to do whatever they wish without answering to the public or the law," states Philip L. Ellison, the OLC attorney leading the case. "The need for government oversight is at its highest in times of crisis and the resulting unprecedented use of government powers."

The lawsuit has been filed in a specialized court in Lansing, Michigan which handle lawsuits against the State of Michigan and its officials. The case will be assigned to one of four Court of Appeals judges assigned to that court.

A copy of the lawsuit can be downloaded here.
### 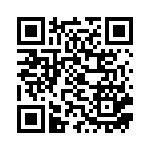