In a nearly 400 page filing with the Roscommon County Circuit Court, nine individuals and an advocacy group told the Roscommon County Circuit Court that Roscommon County is not properly maintaining and supporting sufficient lake levels in a manner which utilizes all known reasonable practices and available technology. By failing to do so, the County's delegated authority is intentionally causing the mid-to-late summer lake levels to repeatedly drop below the lawful level mandated by the Legal Lake Level Order to the detriment of Higgins Lake users.

The filing comes following an early-filed motion by Roscommon County to prematurely end the lawsuit and to avoid having to formally answer for the past results of Higgins Lake dropping up to six inches in the summer, despite a long-standing court order requiring a maintained level.

Under Michigan law, the "delegated authority" of Roscommon County is legally mandated to keep the water level of Higgins Lake at 1154.11 feet above sea level (or 5.37 gage feet). However, since altering the Cut River "Lake Level Control Structure" in 2007, water levels are never properly maintained.

In 2010, Roscommon County commissioned an engineering report to study the lake and the LLCS dam. The study concluded what was already largely and widely known: the level of Higgins Lake has regularly averaged below the court established legal lake level during the summer months. It also found that simple alterations are needed to improve the dam's operation to enable lake levels to be maintained much closer to and with less variability from the required legally-mandated water level.

In response, the County did nothing. Despite pleas and petitions for action, the Board of Commissioners of Roscommon County refused to act. This prompted the need to find a judicial solution.

In the County's motion for summary disposition (to dismiss the lawsuit), Roscommon County claims that there is a "distinction" between the duty to maintain the normal level and the County's discretion to choose the means of maintaining the level.

However, that is simply not true. Michigan law is clear: "the delegated authority of the county or counties in which the lake is located shall maintain that normal level."

Extreme water loss is not a foregone result of nature. A key recommendation made by the outside engineering experts was the installation of a seasonal restrictor plate in the low flow Cut River channel to reduce the amount of flow of water out of Higgins Lake in the late summer.

Because Roscommon County's delegated authority is not be obeying the clear legal obligation imposed by the Legal Lake Level Order and not utilizing the tools suggested by experts, Higgins Lake loses over 1.5 billion gallons of water each summer. The current lawsuit asks the Court to order stricter compliance with the 1982 Lake Level Order.

In addition, the Michigan Department Environment, Great Lakes & Energy (EGLE, formerly the DEQ) has joined the lawsuit and argues that the year-over-year drops in water levels are "minor, natural lake level fluctuations" and property owners cannot challenge the policy decisions of the County "to advance their personal recreational interests." It also claims that the Court must defer to the Department in all material respects as to the LLCS dam.

In response, the suing citizens filed a separate motion asking the Court to strike (or throw out) the improper legal filings made by EGLE as well as permanently remove the interloping state agency from the case for lack of jurisdiction. Because the lawsuit only involves what Roscommon County did (and is doing) wrong and does not involve EGLE, the State's motion and participation is improper. Moreover, if EGLE wants to be part of such relief, such a case must be filed in a different court.

The next hearing on all these matters is set for April 16, 2020 before Roscommon County Circuit Court Judge Robert Bennett in Roscommon. (The date is subject to possible change due to the COVID-19 crisis.) 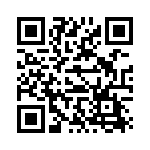