Judge Robert W. Bennett has set a hearing on this matter for June 12, 2019 at 2:00p.m. at the Roscommon County Courthouse.
Michigan is blessed to have beautiful inland lakes. Higgins Lake is no exception. However, to maintain water level predictability, Michigan law provides the ability to establish a "legal" lake level and then orders the local county (or its entity delegated the task) to maintain that level as directed. This is commonly done by a small dam or by water pumps.

Higgins Lake is an approximate 10,000 acre recreational and vacationing lake in Roscommon County. It is well-known for its deep, clear waters and is the 10th largest in Michigan with a shoreline of 21 miles. (Interesting other fact: it was named after Sylvester Higgins, the first chief of the topographical department of the Michigan Geological Survey). It is also the location of countless cabins and vacation properties.

In 1982, the local circuit court established a legal lake level of 1154.11 feet above mean sea level. It also allowed for a six inch lower "winter" level to account for ice. Despite a pending Circuit Court order, Roscommon County has refused to be in year-round compliance. For example, in the summer of 2018, the water level was in violation of the Legal Lake Level Order nearly 90% of the time.

The reason is no secret: nature. Each summer, water evaporates from this large lake and is lost through the normal cycles of Mother Nature. Yet, Roscommon County repeatedly refuses to bank enough water in the spring to account for this well-known and expected summer water loss.

Lower lake levels affects the use of docks, seawalls, and other recreational pursuits.

On May 21, 2019, Outside Legal Counsel initiated a legal action against Roscommon County to begin the process to hold the county in contempt of court for failing to obey and otherwise be regularly in compliance with the Circuit Court’s 1982 legal lake level order for Higgins Lake.

The filing is known as a request for a show-cause order, asking the local circuit court to issue an order commanding the County of Roscommon to appear before the Court to explain why it should not be held in contempt for failing to keep the water level of Higgins Lake at 1154.11 feet above mean sea level.

Legal counsel on the matter is Philip L. Ellison, a property and water rights attorney who specializes in lake-based issues like easements, docks, dams, shared access, and other "lake rights" matters.

"It is rare that a Michigan county would willfully violate a Michigan court order," states Ellison. "But governments do not get to pick and choose which court orders it will or will not obey."

The matter will be initially assigned to Judge Robert W. Bennett, the only sitting circuit court judge in Roscommon County. However, due to his involvement in representing the County previously on lake level orders prior to taking the bench, his recusal from the case is expected.

To read the filings made as to Higgins Lake, a copy of each can be downloaded here: 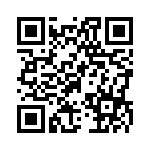