In July 2017, Scott Lewis Private Investigations, LLC sought a copy of a single telephone recording because the recording is believed to contain evidence that would exonerate or otherwise cast serious doubt about the conviction of an individual incarcerated within the state prison system. The Department of Corrections refused to provide a copy claiming the recording contains personal information subject to the privacy exemption and that releasing the record would prejudice its ability to maintain the physical security of custodial or penal institutions.

Over the course of two orders [order #1 and order #2], the Court of Claims rejected the Department of Corrections arguments holding that there is no privacy interest in that telephone call and that the "speculation" of the Department "concerning the potential security risks posed by disclosure of the recording does not satisfy its burden of establishing a particularized justification for exemption." The Court ordered the disclosure of the recording.

This is the second telephone recording Outside Legal Counsel has forced the Department of Corrections to handover.

As part of the mandatory relief in the case, the Court of Claims also awarded payment of attorney fees and costs, plus a new punitive award of $1,000.00 based on the 2014/2015 amendments to the FOIA statute.

More about the FOIA practice of Outside Legal Counsel can be accessed here.
### 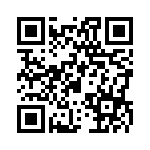