Jackson, Michigan - Outside Legal Counsel PLC, a Hemlock, MI based law firm, has obtained a judgment against the Jackson County Sheriff's Office for pled violations of the Michigan Freedom of Information Act and pled violations of constitutional equal protection. The case started when a Freedom of Information Act request was made by a resident for access to various arrestee booking photographs (commonly known as mugshots) held by the Sheriff's office. Despite their long standing practice of providing these mugshots to local media and newspapers, the Sheriff’s Office told the requester his request would be denied because fulfilling the same would be “embarrassing.”

Under Michigan law, mugshots are and have long been held to be a public record.

“Public records are presumed to be publicly available, absent a few exceptions,” states Philip L. Ellison, the FOIA attorney with Outside Legal Counsel prosecuting the case. “Mugshots are not exempted.”

The final judgment entered by the Jackson County Circuit Court orders the Sheriff's Office to release the requested mugshots and pay $3,000 in attorney fees and costs for the violations.

A copy of the complaint can be downloaded here.

A copy of the final judgment can be accessed here.
### 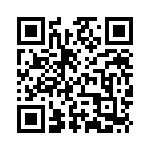