Lyons Twp, Michigan - By a peremptory order, the Michigan Supreme Court has granted Outside Legal Counsel's clients, Jim Kost and Molly Kandle-Kost, a reversal of the trial court and Court of Appeals decisions dissolving the former's private road easement in a subdivision.

The case involves a subdivision in Ionia County's Lyons Township abutting the Grand River. When the subdivision plat was recorded in 1922, numerous unnamed 'drives' were platted throughout. The Kosts own a block of lots on the south side of Weberta Drive, and plaintiff Renee LaFave owns a number of lots on the opposite side of Weberta Drive but also contiguously to the east of the Kosts’ lots.

The trial court vacated the portion of Weberta Drive touching the Kosts’ and LaFave’s lots, with title to the vacated land reverting to the abutting property owners, a typical outcome in many property challenge cases. However, the result meant LaFave could build a new house mere feet from the Kosts' home after a major fire only a few years earlier. The Kosts, by their OLC attorney Philip L. Ellison, argued that lot owners like the Kosts have a private easement to access their property over Weberta Drive--one which cannot be simply whisked away by judicial fiat.

The trial court dissolved the private easement and the Court of Appeals ruled the Kosts abandoned their private rights in Weberta Drive by non-use. However, under Michigan law, non-use is not enough to deem a property right, like an easement, abandoned.

By its order issued January 27, 2016, the high court vacated a substantial part of the Court of Appeals' majority opinion applying the law of abandonment, concluding the Court of Appeals erred by finding that the facts on record are sufficient to demonstrate intent to abandon easement rights in Weberta Drive. Court of Appeals Judge Kurtis Wilder wrote a dissent opinion adopting the Kosts' legal position.

In short, every lot owner within a plat can now demand to keep their private right of use, regardless of whether the road commission cedes control of a public road.

The case was remanded to the Ionia County Circuit Court for further hearings.

"When property rights are challenged in court, property owners must fully defend else lose their right-of-access forever," states Philip L. Ellison, counsel for the Kosts from Outside Legal Counsel. "Had the Kosts simply given in, their plat rights would have been unlawfully taken."

Judge Suzanne H. Kreeger of the Ionia County Circuit Court resumes jurisdiction in the case. This case, started in 2010, returns to Ionia County after a trial and two appellate reviews.

A new hearing date has not yet been set.
### 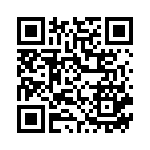