OLC Asks Supreme Court: Who is a Public Official?

The Michigan Supreme Court has ordered oral argument in a case brought by Outside Legal Counsel regarding a simple question: who is a public official?

The case, Bitterman v Bolf, involves an Open Meetings Act lawsuit personally against the Village Clerk of a southern Saginaw County village which previously made headlines for having celebrities and well-known Detroit area professionals pay-to-play into its secret police reserve force.

Village Clerk Cheryl D. Bolf, who admitted to altering and falsifying meeting minutes without Village Council knowledge or approval, argued that despite being elected to her post, she is not a public official. Using dicta from a two-decades old case, the local trial court and the Michigan Court of Appeals agreed.

OLC appealed to the state's highest court which has decided to hear the case.

The Supreme Court, by a November 25, 2015 order, directed that the attorneys are to "file supplemental briefs within 35 days of the date of this order addressing only the question of how this Court should define the term 'public official' under Section 13(1) of the Open Meetings Act, MCL 15.273(1)." MCL 15.273(1) mandates that "a public official who intentionally violates" the Open Meetings Act is subject to a $500 fine plus all court costs and actual attorney fees. The Supreme Court will decide whether to grant the application or take other action.

OLC attorney Philip L. Ellison is legal counsel for local Oakley resident Shannon Bitterman, who brought the case. Ellison has previously appeared before the Supreme Court obtaining successful outcomes for clients in the state's highest judicial tribunal, including in the grandparents rights case.

Following additional briefing, the seven justices of the Michigan Supreme Court are expected to hear oral arguments in early 2016.
### 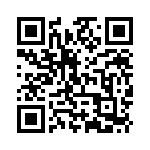