Oakley, Michigan - Following a series of lawsuits involving a Saginaw County village, Outside Legal Counsel PLC has successfully obtained, by a series of court orders, nearly two thousand pages of documents providing a unique insight into the controversial pay-to-play policing program in the Village of Oakley. The records were obtained under Michigan's Freedom of Information Act.

On May 22, 2015, the Shiawassee County Circuit Court granted the request by OLC, on behalf of its clients, to publicly release records of the Village of Oakley's police reserve program. The records, originally denied to even exist, shows approximately 150 individuals, many being of high net-worth, applying to become reservists in a municipality with fewer than 300 residents. None live within the tiny village in southern Saginaw County.

Since the release of the records, past reservists have attempted to distance themselves from the program, providing further support that the program was, in truth, a local police department granting police powers to those who would make a donation to the tiny village rather than being based on any real policing needs. According to news reports, federal law enforcement agencies are investigating the Village and its finances. State law enforcement agencies have also been investigating.

Among the reservists is international musician Kid Rock, professional football player Jason Fox, and dozens of prominent businessmen from Detroit. Many of the the supposed applications for inclusion into the program are incomplete, missing critical information, or are simply left blank by the applicant.

One of the more interesting records obtain by Outside Legal Counsel was from one-time reservist Scott McFarland, an attorney and elected member of the Midland Board of Education. In an undated letter written to Police Chief Robert Reznick, McFarland conditions an unspecified donation to the Village of Oakley, in amount requested by Reznick, in exchange for a government appointment by the Chief. Reznick has publicly confirmed in the past that donations, like McFarland's, is what permit Reznick to have such a department in the first place, describing the department as being totally 'self-funded.' Yet in certain instances under Michigan law, paying money for a governmental appointment is a form of public bribery. Later, McFarland's application, dated November 13, 2012, was approved by Chief Reznick on February 4, 2013 according the documents.

The Village of Oakley 'Reserve Officer / Critical Incident Response Team' program has been the point of controversy after Chief Reznick's policing tactics were called into question by residents after a dispute involving alleged inappropriate contact by Reznick towards an employee of a local tavern, an allegation Reznick denies. Despite a vote of the Village Council, the Village's FOIA Coordinator/Clerk and Police Chief refused to provide the records. Reznick has been quoted stating the reservists "want me to protect their anonymity and I told them I would." The resulting litigation has revealed that Reznick had been running a policing scheme whereby the Village collected more than $150,000 in donations from police reservists whose powers are vaguely defined and unclear.

This program has been highly covered by local, regional, and national media outlets, including an series written by the Saginaw News dubbed Small Town, Big Problem, one by the Detriot Free Press entitled Big controversy in tiny village: Why so many reserve cops?, one by The Daily Beast entitled Cop Fights to Keep His Secret Mercenary Army, and one from the Metro Times of Detroit entitled How one police chief and his 110 reserve officers have split the village of Oakley and its 286 residents.

The original FOIA request sought any and all records showing "all persons serving as a Village of Oakley police reservist for the past three (3) years." After falsely asserting that a search by Village of Oakley Clerk Cheryl Bolf "has not revealed a document responsive to your request," Outside Legal Counsel sued on behalf two clients seeking access to these records. The lawsuit lasted more than two years spanning in two trial courts, the Michigan Court of Appeals, and the Michigan Supreme Court before Clerk Bolf and Chief Reznick finally admitted, after being examined under trial subpoenas by OLC attorney Philip L. Ellison, that a good faith search had not occurred and that actual records existed. The Shiawassee County Circuit Court ordered the release of the records and the Village supplied nearly two thousand pages of documents. The Village was obligated to pay fees and fines in excess of $60,000 to OLC's clients.

OLC is preparing the release of the entirety of the records, absent some redactions mandated by the Court, on its website starting June 2, 2015.
### 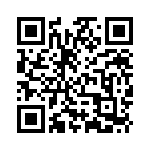