Hemlock, MI - Outside Legal Counsel attorney and civil litigator Philip L. Ellison has been selected by Michigan Lawyers Weekly as one of the state's Up and Coming Lawyers for 2014.

Attorneys selected by the legal practice newspaper are chosen, after being formally nominated, as legal practitioners who are establishing a name for themselves, and have demonstrated the ambition, drive, determination and accomplishments that set them apart among their peers — in their first 10 years in practice.

The 2014 class of honorees consist of thirty lawyers from around the state. Ellison is the only selected attorney from the Great Lakes Bay region.

"I am honored and humbled by the recognition of my legal peers for my work on the unique cases our office handles," states Ellison. "It really means a lot."

Over the past year, the 32 year old attorney has notably obtained two reversals and filed an accepted amicus curiae brief at the Michigan Supreme Court, obtained an injunctive order shutting down a Michigan police department, obtained orders against local governments operating in secret, and handled dozens of civil cases throughout the State of Michigan. Ellison specializes in government corruption and transparency lawsuits, complex property disputes, and distinctive civil actions.

Ellison practices from his office located in Hemlock, Michigan. He also serves as Of Counsel to the Law Offices of Terrence Lilly in Kalamazoo, Michigan.

Ellison finished his two-year term on the Board of Directors for the Saginaw County Bar Association and currently serves as a board member for his undergraduate alumni association at Lake Superior State University in Sault Ste Marie, Michigan.

Ellison is a graduate of Michigan State University College of Law and obtained his Master of Business Administration degree from Central Michigan University in 2006.
### 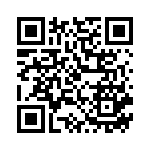