In a lawsuit filed on behalf of a Clay Township resident and the community group Citizens for a Better Algonac Community Schools, Outside Legal Counsel has alleged the Algonac Community School's Board of Education of violating the state's Open Meetings Act. The complaint, filed in the St. Clair County Circuit Court, includes numerous emails in which various board members privately deliberated among themselves in creating a new employment contract for incoming superintendent John Strycker. The contract ultimately approved provides Strycker more than $130,000 per year in salary plus other benefits.

Under the Open Meetings Act, nearly all deliberations of a quorum of a public body must take place in the open at a public meeting.

"School boards have a duty to conduct their business in the open so everyone has the opportunity to understand, know, and sometimes oppose the decision their elected leaders want to make,” states Philip L. Ellison, an open-government litigator from the law firm of Outside Legal Counsel PLC. “When using email in place of the board room, the public loses its chance to participate and be heard."

At the meeting approving Strycker's contract, the Algonac Board conducted no debate, no deliberations, and had no substantive discussions about the contract's terms, likely because the contract was deliberated and tacitly approved before the public meeting by email.

One email several weeks before the meeting approving the contract, Board President Andrew Goulet sent around a proposed contract that he had previously discussed with Strycker, which other Board members then questioned and debated the terms. Trustee Charles Busuttil countered that he thought it is time for a change as it applied to proposed severance package and made several suggested changes.

It is unknown if other deliberations on other topics have occurred by email rather than the board room.

The lawsuit seeks an order enjoining the Board from conducting future secret deliberations and pay attorney fees and costs related to the action.

The matter has been assigned to Judge Daniel J. Kelly in Port Huron.

A copy of the complaint may be downloaded here.
### 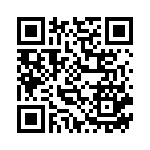