The matter stems from an on-going lawsuit against the township and its supervisor, Kelly Ann Lisco for failing to adhere to government transparency laws, namely the Open Meetings Act. St. Clair County Circuit Court Judge Michael West previously found the township in violation multiple ways stemming from a May 2013 board meeting.

As part of the case investigation into the improper meeting procedures, it was discovered that Lisco had moved outside the township in February 2013 and only returned when the lawsuit was filed in July 2013. Under Michigan law, a township office becomes vacant upon the happening of various actions, including ceasing to be an inhabitant of the township within which the duties of his or her office are required to be discharged.

According to the filing made at the Supreme Court, Lisco “never informed the township board” of her moving outside the township. Lisco admitted in unrelated court proceedings in May 2013 that she was not living in the township and later told The Times Herald she did move out of the township in February, but moved back in July. The article containing the statement has been presented to the Supreme Court as evidence.

“There is no exception to this strict requirement mandated by the Legislature for township officials,” states Philip L. Ellison, a government transparency lawyer from Outside Legal Counsel representing Zoran. “The law applies to all township officers, whether you live in Mackinac City, Grand Rapids, or even Cottrellville Township.”

Lisco, by her township-provided attorney, responded to the filing by arguing that Lisco’s prior statements constitute hearsay and are inadmissible. Lisco never specifically denied the allegations of ceasing to be an inhabitant.

In January, circuit court judge Michael West ruled that Lisco’s move was a circumstance that was beyond her control and denied the opportunity to secure and present evidence to the court.

The Supreme Court is based out of Lansing.
### 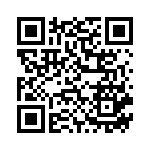