Oakland County, Michigan - Saginaw, Michigan-based Outside Legal Counsel PLC has filed a lawsuit on behalf of Oakland County resident who requested a few legal records and was assessed more than $4,000 in fees before the agency would even begin to look into the request.

Earlier this year, a requester asked the Michigan Gaming Control Board ("MGCB") for two sets of records involving the legal authority of Detroit's MGM Grand Detroit, Greektown, and the MotorCity casinos. First, the requester sought records showing if certain casino-player countermeasures have been in effect and were authorized by the MGCB from 1996 to 2013. The second request sought the relevant laws and regulations allowing for the exclusion of skillful players during the same time period.

In response to the countermeasures request, the MGCB assessed more than $4,000 in fees before the agency would even begin the process to look for the responsive records. According the lawsuit, MGCB's written response indicated the need to search through more than six thousand pages of records to see if it authorized Detroit's casinos to, among other things, shuffle decks-of-cards at-will or use facial recognition systems. Despite claiming the need to search the identified 6,206 pages, the MGCB stated it was not sure if any of the several thousand pages could be or would be relevant.

The requested $4,000 fee did not include copying or mailing fees, the lawsuit alleges.

As to the latter request for the relevant laws and regulations, the lawsuit claims the MGCB just simply ignored the request in full.

"FOIA is not a profit center for state agencies," states Philip L. Ellison, the government transparency lawyer who filed the case. "Agencies are not entitled to charge exorbitant fees to thwart access to records already created and maintained by the public's tax dollars."

The Michigan Gaming Control & Revenue Act authorizes up to three licensed commercial casinos in the City of Detroit and vests the MGCB with the exclusive authority to license, regulate, and control the three authorized Detroit casinos.

According to the MGCB website, gaming taxes for the three Detroit casinos in March 2013 alone were $10.9 million.

Under Michigan law, citizens are entitled to full and complete information regarding the affairs of government and the official acts of those who represent them as public officials and public employees.

The lawsuit, filed in the Oakland County Circuit Court, seeks a court order compelling fulfillment of the FOIA request, awarding punitive damages in the amount of $500.00, the maximum allowed, and attorney fees.

The case has been assigned to Judge Colleen O'Brien.

A copy of the lawsuit may be downloaded here.
### 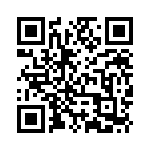