Ludington, Michigan - Outside Legal Counsel PLC, a litigation firm based in Saginaw, Michigan, has secured a judgment against the City of Ludington on behalf of Thomas Rotta, a citizen activist and community blogger, regarding the use of email-based city council meeting and voting practices.

In the stipulated judgment approved by the City and Rotta, the City of Ludington admitted its decision to enter into a contract for sewer repair on Brother Street in July 2011 should have been deliberated and decided by an affirmative vote of the Ludington City Council at a meeting open to the public; and therefore, was done in violation of MCL 15.263(2) and MCL 15.263(3).

The Michigan Open Meetings Act requires that all decisions and most deliberations of a public body to take place at a meeting open to the public.

Despite official statements made by the City to the contrary, the sewer repair was not completed on an emergency basis. More than two weeks passed from identification of the Brother Street issue until the contract was signed by City Manager John Shay. Michigan's Open Meetings Act specifically provides an expedited decision-making procedure for emergency issues, which the City never utilized.

"By the judgment, the City rightly acknowledged its legal obligations and admitted its use of group emails between city officials in place of a public meeting violated the Open Meetings Act," states Philip L. Ellison, attorney for the community activist who brought suit. "While modern technology makes secret communications possible, some things still need to be completed publicly to allow everyone, from councilpersons to community activists, the right to participate in the political process."

The judgment also required the payment of attorney fees and court costs associated with the lawsuit.

“Governments need to be transparent with their decision to spend public dollars,” notes Ellison. “It’s not the bureaucrats’ money, it belongs to the taxpayers.”

A copy of the final judgment may be downloaded at OLC's online library.
### 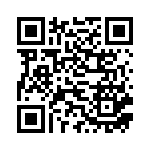