In the 2012 State of the State address, Governor Snyder announced that statewide crime is down but noted that Saginaw, Flint, Detroit and Pontiac are among the nation’s top 10 in violent crime. While state programs and policies are changing to address the crime rates, it is critical to remember that in the meantime for every criminal act there is a new unsuspecting crime victim.

Michigan law does afford crime victims a broad variety of victims rights, which can be utilized if requested. Among the rights specifically provided under the William Van Regenmorter Crime Victim’s Rights Act, crime victims are entitled to restitution to be made whole, certain notifications, and across-the-board participation in all stages of the criminal justice process for felonies, serious misdemeanors, and certain juvenile offenses.

Crime victims are specifically entitled to:

While some county prosecutors actively notify Michigan crime victims of these rights, others do not leaving crime victims to take action through their own attorney. Many of these provided rights are enforceable against the criminal and/or the prosecutor with the assistance of a civil attorney.

Additionally, the Michigan Crime Victims Services Commission administers a limited compensation program of last resort for medical bills, loss earnings, rehabilitation, and examinations. However, the program does not cover any property losses, pain and suffering, or relocation costs.

All told, Michigan's crime victims' law is a powerful tool for the victims of crimes for unlawful acts of criminals, but only if utilized. For more information, contact a crime victims’ rights attorney or call the office of your local prosecuting attorney. 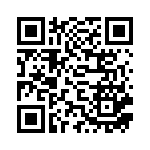