Outside Legal Counsel PLC has recently represented a Saginaw, Michigan property-owner with a minor legal issue but a difficult media situation.

The long-time property-owner, a relative of OLC attorney Philip L. Ellison, had rented housing to a tenant-a common aspect of the business. After months of being behind in the rent and not being paid any rent monies for nearly four months, the landlord evicted the tenant and secured a money judgment. The landlord was forced to collect on the judgment by seeking an order from the Saginaw courts after the judgment went unpaid for nearly seven months.

After court officers detained the tenant's vehicle for auction, the tenant went to the media claiming he needed his vehicle back to go to his part-time job. He also filed an unspecified motion seeking his vehicle back without having to make any payment. The local newspaper fully covered the tenant's claimed story as well as covered the play-by-play of the courtroom activities. One of the posted stories made the top five most commented articles of the week.

The landlord sought OLC’s help a mere fifteen hours before the scheduled hearing.

The result: the landlord's legal claims were upheld, the vehicle was allowed to be sold, the tenant's story was debunked, and the press did a follow-up story regarding the real facts which vindicated the landlord's proper business practices.

A copy of the press stories are below.

Relinked in the Jackson Citizen Patriot 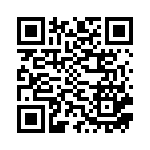