In a published decision by the Michigan Court of Appeals, the Court ruled that a Freedom of Information Act (FOIA) denial occurs when the public body issues, rather than drafts, a written response.

The recently issued opinion, Prins v. Michigan State Police, answered the question of whether the 180-day period of limitation pursuant to MCL 15.240(1)(b) begins to run when a public body writes a letter denying access to information, or when the public body places the denial letter in the mail.

In May 2008, a Michigan State Trooper ticketed a passenger for not wearing a seat belt. The driver submitted a written FOIA request asking for a copy of the dash-cam recording during the incident. The Michigan State Police responded in a letter dated July 26, 2008, a Saturday, denying her request claiming that “any in car video that may have existed is no longer available.” The letter was postmarked July 29, 2008, a Tuesday.

The passenger later appeared in court to contest the ticket only to discover that the prosecutor had the videotape depicting the traffic stop.

When a public body denies a FOIA request, the requestor has two options: submit an appeal to the head of the public body or file a lawsuit in the local Circuit Court.

The Ionia County Circuit Court dismissed the lawsuit as beyond the 180 day limit.

The Court of Appeals reversed. In a unanimous decision, the Court ruled the time frame for filing a FOIA lawsuit starts when the public body responds to a request for public records, namely the mailing of the response letter rather than the date of the letter.

Looking to the definition of the word “issuing,” the Court ruled that a public body cannot fulfill its statutory obligation to issue a notice merely by creating a document denying a record request. A public body must undertake an affirmative step reasonably calculated to bring the denial notice to the attention of the requesting party. Therefore, a response is not effectuated until the public body “sends out” or officially circulates its denial of a public record request.

Philip L. Ellison, MBA, JD, Esq is an attorney, business counselor, and civil litigator with Michigan-based Outside Legal Counsel PLC. He has extensive experience in law, business management, corporate operations as well as internal and external communications. Visit his online profile at www.olcplc.com
### 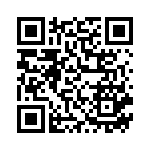