In a lawsuit that started almost two years ago regarding littoral (riparian lake access) rights on a northeast Michigan lake, Outside Legal Counsel PLC attorney Philip L. Ellison has secured a legal victory for the owners of the nearly 480 lots in the Shady Shores Park subdivision near Rose City, Michigan.

Yesterday, the Ogemaw County (34th) Circuit Court made its oral ruling and finding of facts regarding the Rifle Lake Beachway, a 16 foot wide piece of property that runs from the road to the edge of Rifle Lake.

The court ruled that the Beachway is legally available for ingress and egress passage to Rifle Lake contrary to the argument and legal demands of the husband-and-wife neighbor filing suit. This continued right of access includes the ability to use the Beachway for temporary crossing, the launching and removal of boats in-person or by trailer, driving to pick up or drop off supplies to the water’s edge, and the use of motorized vehicles upon the property for related purposes.

The court also ruled that a non-exclusive community dock may be installed upon the Beachway to allow boats to temporarily moor as needed, provided such activities do not limit other lot owners' use of the Beachway property.

The court also denied the plaintiffs’ demand to be deemed the fee owners of the Beachway property.

The Rifle Lake Beachway is a 16ft wide and 143ft long piece of property that runs from Lake Side Drive to the edge of Rifle Lake. It was dedicated in 1928 for the “use of the lots owners of said plat.”

“This ruling guarantees the continued use of the Beachway as it was intended--a private and perpetual access point to enjoy beautiful Rifle Lake,” states OLC attorney Philip L. Ellison. “Owning lakefront property and being annoyed with your neighbors are not good enough reasons to arbitrarily cut off everyone's private access to an in-land lake.”

The case, captioned as Studley v. Hill Township et al, was started in April 2009 against various lot owners within 300 feet of the Rifle Lake Beachway in the Shady Shores Park subdivision. Also named were the Township of Hill, the Ogemaw County Road Commission, the Ogemaw County Drain Commission, and the Michigan Departments of Transportation, Treasury, and Natural Resources as well as the Shady Shores Park Lot Owners Association.

The plaintiffs, the husband-and-wife owners of the lot abutting the Beachway, sought to legally vacate or take away the Beachway from all 240+ owners of 480 lots within the Shady Shores Park subdivision. In the alternative, they sought to heavily restrict the use of the Beachway and sought the removal of the seasonally erected dock. The trial was held on December 9, 2010 with final closing arguments being submitted in writing. The ruling was given in open court on February 10, 2011. A formal written and recorded court order is expected in the coming weeks. 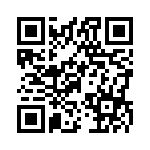