UPDATED - Martin Luther King, Jr. once wrote, while confined in the Birmingham jail, that an “injustice anywhere is a threat to justice everywhere.”

This quote from Dr. King's letter was written in a response to a statement made by clergymen who believed that the battle against racial segregation should be fought solely in the courts, not in the streets.

During Dr. King’s life, he fought for many of the civil rights now enjoyed by the citizens of our state and our nation. Today, several important state and federal laws exist to give and protect citizens’ civil rights.

As Dr. King explained, “we are caught in an inescapable network of mutuality, tied in a single garment of destiny. Whatever affects one directly, affects all indirectly.”

To learn more about state and federal civil rights, visit the Michigan Department of Civil Rights where you can learn more about your rights as a Michigander. Also visit the U.S. Commission on Civil Rights website for a full collection of publications on understanding federal civil rights enforcement by major agencies in the federal government.
### 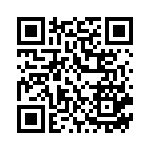