Cyber Court: A Law But Not A Reality

A little known or discussed act in Michigan's law provides the ability to resolve disputes and legal issues surrounding technology in a special court known as Cyber Court.

Chapter 80 of Revised Judicature Act 236 of 1961 creates and implements an online cyber court in the State of Michigan. According to the act, the purpose of the cyber court is to allow business or commercial disputes to be resolved with the expertise, technology, and efficiency required by the information age economy regarding amount in controversy exceeding $25,000.

Many of the act’s provisions are very similar to normal trials, with the ability to subpoena witnesses, issue court orders, and present evidence, yet most of the leg-work is completed and filed online.

Yet, the Court doesn’t currently exist.

When the bill was passed, former Michigan Governor John Engler stated that a cyber court was meant to attract these high-tech companies to Michigan, yet the initiative seems to be stalled somewhere in Lansing. According to Engler, “this bill creates the Cybercourt in Michigan, and I believe it will make Michigan uniquely attractive for the New Economy businesses the same way the State of Delaware has had an advantage for incorporation of major public companies."

Last week, Michigan Governor Granholm and MEDC President Jim Epolito announced Google has chosen Michigan for its newest sales and operations center. Google, arguably the most well-known and largest search engine, is the type of business that state officials had hoped to bring to the area.

With the big advance from Google coming to the state, could the idea of a cyber court help Michigan? Being able to quickly and efficiently settle lawsuits seems very attractive for Michigan, especially now. As former Engler spokesman John Truscott stated, a new "rocket docket" that will render prompt, competent decisions for these technology-related corporations, whose very survival and international competitiveness could well depend on the swift resolutions of disputes.
### 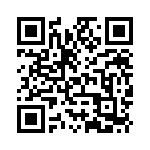