U.S. District Court Judge Charles Wolle has ordered a spam distributor to pay $11 billion in damages to the owner of an Iowa Internet service provider who was flooded with unwanted e-mail known as spam.

In the lawsuit, Robert Kramer, the owner and operator of CIS Internet Services in Clinton, Iowa, provided evidence that James McCalla of Miami sent more than 280 million illegal spam e-mail messages into CIS's computer network during 2003.

While computer users smile that spammers are being stopped in their tracks, the reality is that spam will simply keep invading inboxes of web users.

How To Fight Spam
The best way to combat unsolicited emails is follow a few simple tips: 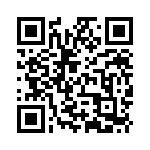