The Courts have been in the headlines in the past few days with two recent cases involving email spamming. Loudoun County, Virginia, Circuit Court Judge Thomas D. Horne issued a sentence of nine years for convicted spammer Jeremy Jaynes, who was believed to be sending out 10 million e-mails a day. While yesterday U.S. District Judge Samuel Conti ordered a halt of all unsolicited emails from Optin Global Inc, a Los Angeles-based computer company who the Federal Trade Commission contends has violated several anti-spamming regulations.

While the Courts are beginning to review more and more cases involving spam, internet users are finding their inboxes fuller than ever before. According to the Pew Internet & American Life Project, more than half of all internet users (52%) complain that spam is a big problem. A survey conducted by the organization also found that 28% of users with a personal email account and 21% of users with a work email account say they are getting more spam than a year ago.

Spam just keeps coming. What can a web user do?

“While we are glad the Courts are taking up the issue, the best way to combat unsolicited emails is follow a few simple tips,” states Philip L. Ellison, a web design and technology consultant from Hemlock-based Quagmire Solutions. Avoid giving out your email address or signing up for unnecessary email lists. If you own a website or run a business website, avoid posting email addresses on your website as special web programs known as spiders often scan the internet for email addresses.

Ellison also suggests disabling the automatic downloading of graphics in HTML emails. Many graphics are tied to programs that track what email address downloads the graphic, showing an active email account.

“Stay ever vigilant against those who wish to get your email address.”
### 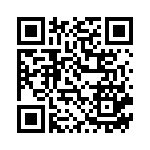